June is Caribbean-American Heritage Month and for this first post I want to celebrate a historic election in Barbados, my home country.

Formerly a British colony Barbados gained Independence on November 30th 1966. Today Barbados is one of the most developed countries in the Caribbean with one of the highest literacy rates in the world. The Barbadian lifestyle blends simple island beauty and modern living.

I am aware that Barbados is currently struggling to manage debt and find its footing after the global financial crisis. Added taxation during the previous administration put a strain on its citizens. It is my hope that my country can pull through these financial struggles and come out the better for it. Leading the way is the first female prime minister of Barbados, Prime Minister Mia Amor Mottley.

Mia Mottley (age 52 years) is the eighth Prime Minister of Barbados. She was formally the country’s first female Attorney-General. She reportedly began her political career at age 26 and has been on the rise ever since. Despite a challenging race Mia Mottley and the BLP won all 30 available seats in parliament. Prime minister Mia Mottley will have her work cut out for her but I wish her the best as she takes up the task.

My sister Sabrina met her recently and found her down to earth and amiable. My Brother in Law Corey Blackett is pictured above with the Prime Minister.  Congratulations Prime Minister Mottley. 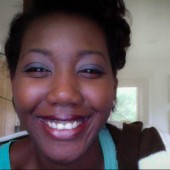 Hurricane Maria’s effect in the Caribbean

Happy Birthday Mom and Mom-in-law. As always I hop

Because photos is what you do on a beautiful fall

Proud of our little one. Hope it’s the best year

Hope you has a great birthday Dad. I ❤️you.

He hates bugs but not enough to miss watering the

He is learning. Anyone know if kids garden gloves